Just a quick post to big up these guys at Real food fest, South Bank. I could smell cinnamon sticks, coconut and curry from about a mile away at 11 o’clock this morning so I followed my nose until it brought me to the Curry Shack. I was pretty much salivating already by the time I got there despite the fact it was nowhere near feeding time.

After a chat and some more salivating I went off to get some cash and kill some time until serving time at 12 o’clock. It costs £6 for a portion of curry with rice and salad, or £5 if you work locally. I work locally in the sense that I work in London, so that counts right?

There were two free range chicken curries on the go, one Mauritian and one Carribean. With free samples on tap I tried both a couple of times (when in Rome) and eventually opted for the spicier Caribbean option, one of the most difficult decisions I have ever made in my life I might add. You can however have a bit of both if you wish, I was just making life difficult for myself.

I was pleased to learn that the chicken was thigh meat as for me it really is the breast option in a curry, ahem. The curries are served with either jasmine rice or yellow pilau rice and you can help yourself to salad, fresh coriander and other bits and pieces including some serious chilli sauce made with scotch bonnets that made even me wince (Red Dog Saloon hot wings challenge champion 2013, thank you).

My portion was huge, ridiculously flavoursome from the first mouthful right to the last, no skimping on meat or sauce, and no pawning you off with vast amounts of rice like many other stalls. These guys know their stuff, I suggest you go and check them out next time you’re in the area. 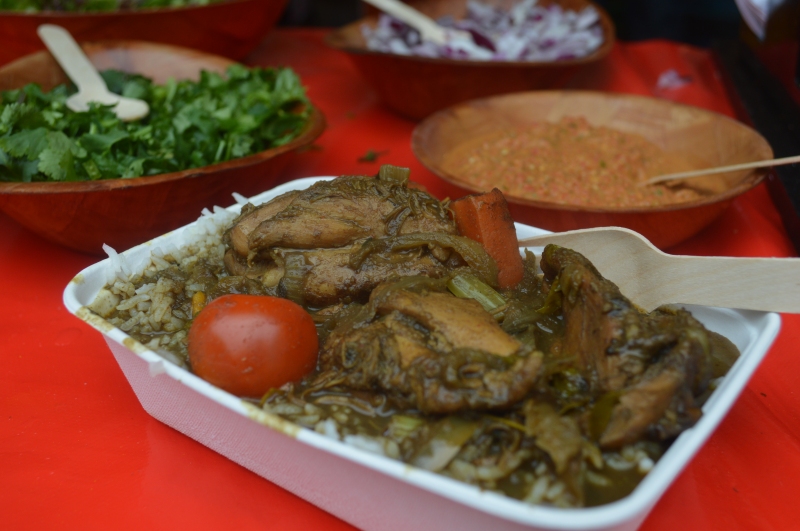 The curry shack currently doesn’t have a facebook page or twitter but you can find them serving curries from 12-7pm every Friday, Saturday and Sunday behind the Royal Festival Hall on South Bank.